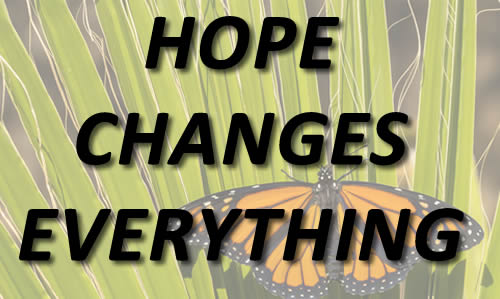 Hope: An optimistic attitude of mind based on an expectation of positive outcomes related to events and circumstances in one’s life or the world at large.

Hope in a Day Player’s Life!

In the entertainment business, uncertainty and hopelessness is the elephant in the room. Hopelessness and despair are a daily battle for everyone of us actors. And for an Extra or a Day-Player… this can be extremely tough. There is nothing more difficult than to be treated as a “Less-Than” on a set. To be divided into groups (Extra’s and Featured) as soon as you hit the set can sometimes be demoralizing. Until I joined SAG and AFTRA because I got lucky enough to get a role that enabled me to join, I had to endure this treatment for years. But I loved just being on a film set…watching the actors and crew work to get the shot in the can. Standing in the background afforded me the opportunity to watch and learn, and I loved every second of it. But when you are an actor/actress, you have to be able to look forward to the day that you can actually “speak lines” on the set. If that is not a possibility, then you have to ask yourself…”Is this what I want to do for the next 20 years?” It’s an important question. One that each of us must ask at some point in our acting careers. I include myself, because I am also an actor trying to make it here in L.A. and I still ask myself this question periodically.

There are so many opportunities here that your life can change tomorrow. Tomorrow! And I have seen it.

My next-door neighbor, who I have known for 15 years, is in his 50’s and he just landed his first regular role on a TV show last month. And his advice is… don’t stop. Don’t give up hope. Keep going and it will work out.

But he is the exception, not the rule. But the one thing that I have noticed is that he was always hopeful about his future. He was always working at his craft. And this dedication constantly brought jobs, in both TV and Commercials. Now he has a family and a house to keep up…so this was always his reality check. These were the very things that gave him hope and drive to continue in the face of overwhelming odds.

Luthans and his colleagues have identified four qualities as the critical component in Positive Organizational Behavior.

As actors, we can very easily accomplish the third point: Finding different ways to achieve your goals. With cameras being so cheap, hell…you can even make a film on your cell phone or iPad, you can literally side step the entire Hollywood madness and create your own films. This is what I have started to do, and it has been an amazing experience so far.

Making the leap to POB can have a remarkable impact on how we do business as actors. It pulls the intense focus away from under-performing, and it puts the attention instead on high performance… asking “how can we create more of this?”

Psychologists associate these four qualities with higher performance, commitment, and satisfaction. I think one of the most interesting and exciting things about these four qualities is that they are malleable and open to improvement when incorporated into ones life on a day-to-day basis.

How would this apply to actors? Well, I think that as actors, most of us were never taught these basic qualities. When, or even if, we went to college, we were more interested in stage combat, or vocal training, or how to delve into a character and make it real. Or just getting on stage and acting in front of an audience. But for me, the good news here is that if these qualities are “open to improvement” then we can learn these and get better at them with practice.

Instead of drifting into alcohol or drugs or any other thing we use to mask our disappointment and pain of my rejection or unemployment… I am going to surround myself with friends and family. Or I am going to make my own film. Or write my own script. Or join an acting class to constantly hone my craft for when that day does come.

There is an important distinction to be made here: It is the division between hope and wishing. Those that are hopeful are actively trying to find the best path of action to take while delving into the daily obstacles. However, research has shown that many of those who have “hope” are in reality only wishfully thinking and passively going through the motions, as if they are in denial about their actual circumstances.

So, How Long Does An Actor/Extra/Day Player Stay Hopeful? 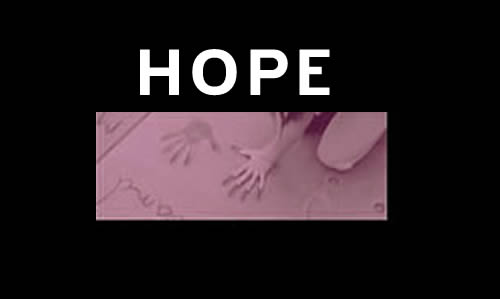 This is a very personal decision that every single one of us who aspire to be a working or successful actor must make some day. The only way to know if you’re on course is to perform a reality check every five years. Or any time period that you feel comfortable making or deciding on. For me personally, I have been getting cast in TV and film 3-4 times per year. Is this enough for me?? Of Course Not!!! But I am not willing to decide to walk away quite yet. Because as I mentioned earlier – in this town, your life can change tomorrow!  So you must make a choice on how long you are willing to try. And as an extra, this decision can be even more painful and excruciating. How can you know when to leave when you’ve never been given your shot??? BUT…with some useful tips or some good progress, you can see if you’re making any real progress. And by progress, I mean genuine evidence you’re moving forward. That evidence can be in the form of:

In other words, there has to be irrefutable proof that you have the skill and ability to achieve a long-term career as an actor. If none of those elements are present, you can try waiting another five years for the next reality check, but it would be a mistake to go further than that.

As for my next door neighbor, or a couple of well-known actors in their 50’s that got their big breaks late in life – Richard Jenkins and Michael Emerson, please understand those guys were working actors known to the casting community before they made it big. And Louie C.K. from the show “LOUIE” was a respected comic who kept building on his accomplishments. If any of them did a reality check after five years, I’m sure they would’ve seen the kind of progress I’m talking about.

Charles Grodin, a wonderful actor best known to me for his fabulous performance in “Midnight Run” said it best: “Reach for it, but don’t fall off the edge of the world. I wish you could all get what you want, but there’s nothing as valuable as a useful happy life, and rumor has it there are some people who have achieved that who aren’t actors.”

“Hope is the thing with feathers that perches in the soul and sings the tune without the words and never stops at all.”– Emily Dickinson (1830 – 1886)

John Montana is an actor living with his wife in L.A. and has begun to make short films. His most recent film, “Hungry” has been accepted into 24 film festivals all over the world. Check out his short films at No Title Production Films.